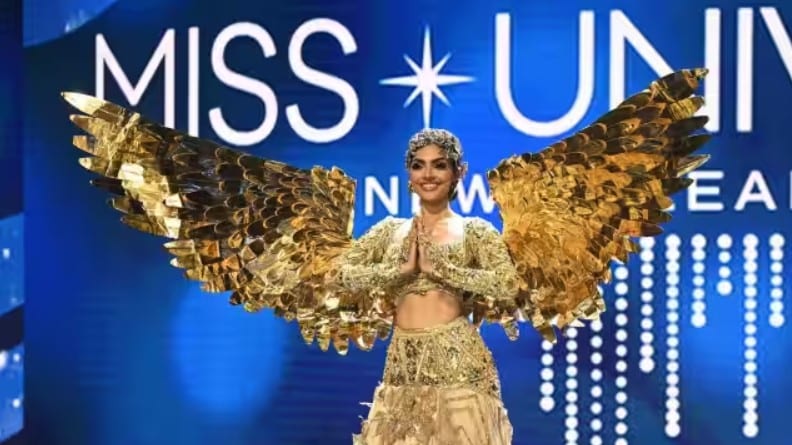 Shriya Srinivasan’s performance was supported by a strong orchestra.

Miss Universe 2023: The 71st Miss Universe pageant will be held on Saturday, January 14. Know when, where and how you can watch it in India.

Miss Universe 2023: The Miss Universe pageant will begin on January 14, 2023, at the Ernest N Morell Convention Center in New Orleans, Louisiana. This year India is represented by Divita Rai from Karnataka. This year’s winner will be crowned Miss Universe (2021) Harnaaz Kaur Sindhu (70th Miss Universe Harnaaz Sindhu). Hernaz has made India proud by winning the title of Miss Universe 2021. About 90 women from all over the world will participate in this competition.

Divita Rai has won many titles.

Divita Rai arrives for the national costume round of Miss Universe pageant dressed as ‘Sone Ki Chidiya’. Pictures of Devita wearing golden dress are going viral on social media. Devita Rai has already won one title. She was the winner of LIVA Miss Diva Universe 2022. Devita Roy is from Bangalore, Karnataka. He was born in 1999. He did his schooling from National Public School, Bangalore. He is an architect by profession. Her father’s name is Dilip Roy and her father was transferred to different cities, so Devita has lived in many cities of the country.

Describing the gold dress as the national dress, the designer said that India is known as the Sone ki Chidiya and her dress was representing only that. The attire showcasing our rich cultural heritage grabbed everyone’s attention. Designer Abhishek, who incorporated feathers into Devita’s outfit, said the feathers represent the power of nurturing and care that India has nurtured and nurtured the citizens of the world in difficult times and that we are always ‘one world’. Will stand together. Concept of ‘one family’. Devita is an architect and model by profession.

When will the winner be announced?

The Miss Universe 2023 contest will begin on January 14 at 8 pm. But in India it can be seen on January 15 at 6:30 am. The program will be broadcast live on the vote. Apart from this, it can also be seen on JKN18 channel’s Facebook and YouTube channel. For the past five years, the spectacular event was hosted by Steve Harvey, but this time the event will be hosted by former Miss Universe Olivia Culpo and popular TV personality, Jenny Mae Jenkins.

You can also vote.

Those who want to see their favorite contestant become Miss Universe can download the Miss Universe app on their phones. You can vote here. You can also vote by searching vote.missuniverse.com on Google.

Shakti at 50: What makes the band tick?

The International Theater Festival of Kerala transforms Thrissur into a global stage from February 5.

Shriya Srinivasan’s performance was supported by a strong orchestra.