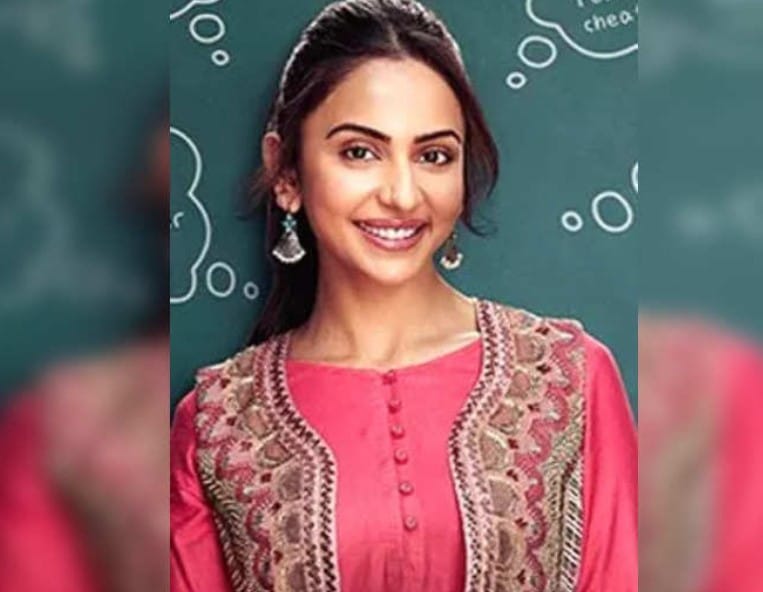 Chhatriwali Movie Review : Such films may have been less popular in cinemas, but over the past few years filmmakers have been consistently presenting films advocating safe sex and sex education as comedy dramas on OTT. Aparashakti Khurana’s film ‘Helmet’ came in 2021 and Nusrat Bharucha’s ‘Jinhat Mein Jari’ released last year. Releasing exclusively on OTT platform ZEE5, ‘Chhatriwali’ is the third film on this OTT theme.

According to the story of the film, Sanya Dhingra (Rikulpreet Singh), a Bandas girl living in Karnal, Haryana, is an expert in chemistry. In need of money, she tutors children at home. One day, Ratan Lamba (Satish Kaushik), who lives near her house, offers Sanya a job as a quality tester in his condom factory after being rejected from several places. At first, Sania refuses the job fearing infamy, but then she joins the job because of the good salary. Meanwhile, Sanya meets Rishi Kalra (Sumit Vyas) at a friend’s engagement. The intimacy between the two grows and they get married.

Sanya was shocked by the conservative idea.

Sanya’s real trouble starts after marriage, as her husband Rishi’s elder brother Rajan Kalra aka Bhaiyaji is very conservative. Despite his wife’s multiple miscarriages, he does not use condoms. On the other hand, while joining the job, Sania had signed a one-year contract with a condom company with only three months left. So, she continues her work as a quality control head in an umbrella company. But the real spectacle happens when one day Sania’s secret is revealed in front of her in-laws. Now how does Sania deal with these situations? You will know this after watching the movie.

The story of the film gets weak here.
In the first half of the film ‘Chhatriwali’, which advocates an important issue like sex education, the director has conveyed the theme of the film in an entertaining manner with the help of comedy drama. But after the break, the film talks about the importance of sex education under the guise of condoms. Although the less than two-hour film has plenty of scenes to tickle the audience, the story falters in the second half. Especially coming to the climax, the film does not leave as much impact as expected from a film on such an important subject. If you have seen last year’s film ‘Jinhat Mein Jare’, you will find this film quite similar to it. Although Rakulpreet has done a good job in the film, Sumit Vyas is also frozen. On the other hand, Satish Kaushik and Rajesh Talang have also done a good job. If you want to watch an offbeat movie on the weekend, you can watch it.

Become An Insurance Agent, How to become an insurance agent